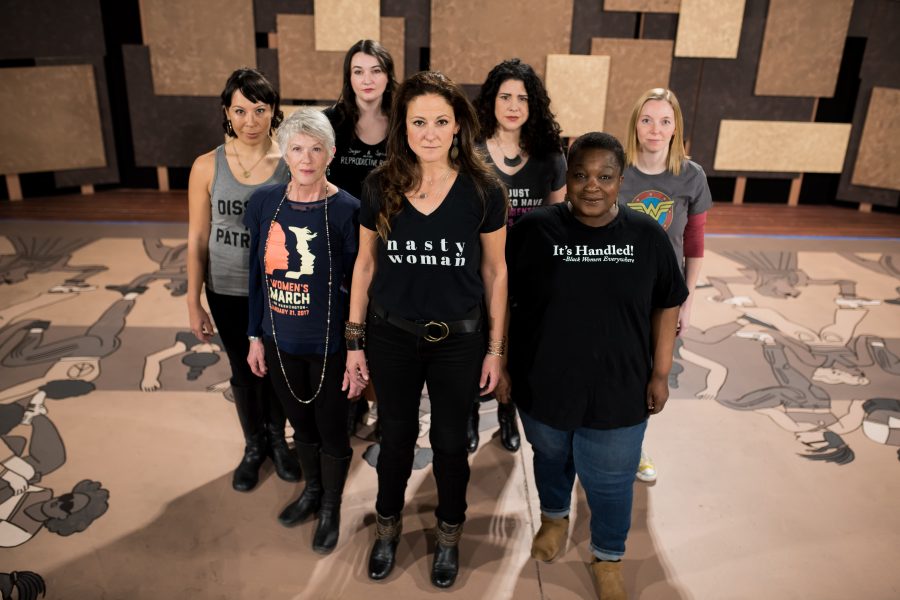 Honoring the Women Who Paved Our Way – A Conversation with the Cast of Gloria: A Life

What if the resistances and insecurities you’re dealing with aren’t coming from inside of you, but are actually coming from the world you’re living in and what it tells you about who you are as a woman? On the podcast She Made It, we often talk about the internal resistances that hold us back from creating and living a fully authentic life—but we rarely talk about the external resistances that exist in our society that may prevent a woman from realizing her full potential.

So on today’s episode, you’ll hear from ten fascinating women who are sharing their reflections on the F-word: Feminism. These women are the cast of Gloria: A Life, a play that’s being put on by the Human Race Theatre Company in Dayton, Ohio—a production that I’m honored to be assistant-directing!

The play tells the life story of Gloria Steinem, a journalist and activist who is known as the primary voice for the women’s empowerment movement.  The movement grew through what Gloria called “talking circles” where people gathered to tell their personal stories, share what is not working, listen to each other, and take action to make real change.

This incredible cast is multi-generational and multi-ethnic in order to play the scope of powerful women who led the movement during what is called the second wave of feminism.  We don’t acknowledge enough these women who paved the way for us to “make it,” and you’ll get to hear about brave women from history that show up in Gloria: A Life and what they mean to the actors who get to portray them. Here’s where our conversation got real— we talked about our personal experiences along with the unspoken expectations and challenges passed down through generations to women.

We also shared about our creativity, the female experience,  what can hold us back, and how we must all empower and encourage one another, and I’m honored to share it on She Made It.

Tune in to hear:

Regardless of what you think of feminism, I know this episode will inspire and enlighten you as it brings to light the common path we walk as women.

Gloria: A Life opens February 27th and runs through March 15th. Click here to get tickets!

You can find this episode on Apple Podcasts, Spotify and Google Play.

Previous Post: How Melanie Cedargren Turned Her Passion for this Superfood Into a Business
Next Post: A Dance Therapist’s Perspective on the Power of Movement