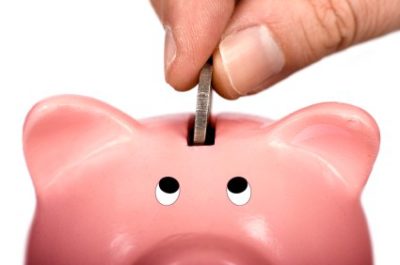 Last October, I attended a two-day women’s conference in New York City called S.H.E. Summit. The goal of the conference was to celebrate and accelerate the global advancement of women as well as provide opportunities to connect with other female entrepreneurs and thought leaders from around the world.

Unsurprisingly, the topic of equal pay came up a number of times (this conference took place just before actress Jennifer Lawrence wrote this essay on getting paid less than her male co-stars, so the topic was clearly pretty hot). But as women stood up and talked about how important it is that we recognize the value we bring to the table and that we are willing to insist on being paid what we deserve, I felt a sick, twisting feeling in my stomach.

I could never have admitted it to the women around me, but I had a secret: I was making half of my male counterpart’s salary. Yes, half! And the only person to blame was me.

Being a small business owner, there’s no man in the large corner office to blame for my salary; I control the payroll. Every month, I literally sign off on me making half of what my husband and co-worker makes. I couldn’t believe I had done this. I wondered: Do I really think I do half as much work as he does? Or contribute half as much to our bottom line?

Or did it just never occur to me to put as much value on what I do?

My husband, Curtis, is a professional speaker and the face of our company, but the work that has to be done to get him on that stage is lead by me. So it’s not that I don’t work as hard as him or contribute to our company’s financial success—it’s that I just wasn’t willing to appreciate that what I do has the same merit.

What in your life are you not valuing? Your time? Your attention? Your talent? As women, it’s so easy to give and give and give and then diminish the contribution. If you don’t value your contributions, no one else will. Also, if you have a boss and you think you deserve a raise—ask for it! We accept less because we don’t ask for more. The worst you can be told is “no,” but the answer is always “no” if you don’t ask.

When I returned home from the conference, one of the first things I did was adjust our payroll. Now I make just a tiny bit more than my partner.

Previous Post: Why I Can’t NOT Workout
Next Post: The Horrifying Realization I Had About Myself When I Took a Solo Trip 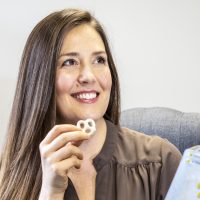 “Elle helped me position my message strategically and increased my confidence exponentially. She was an amazing encourager and coach as I started presenting on camera to solidify my industry expertise.”